Practice Taking the SAT with Khan Academy, Increase Your Scores 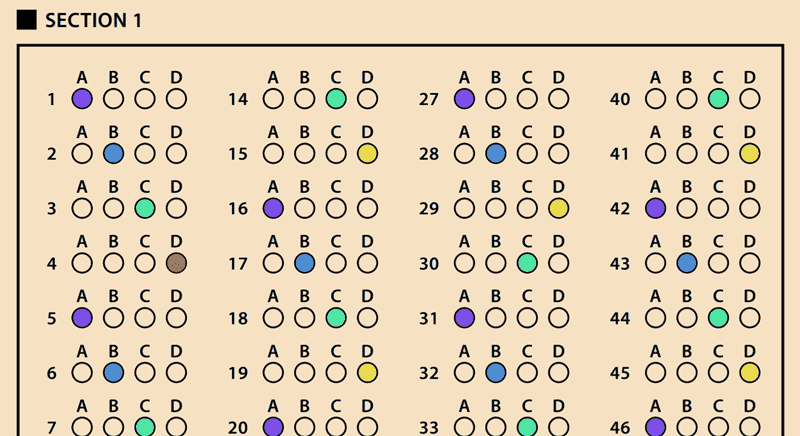 For decades, studying for the SATs meant poring through thick paperbacks the size of phone books and/or slogging through practice tests and questions.

Those who could afford private prep courses (starting at $1,000 for a multi-week session) could practically pay to get help with scoring higher.

Now there's a new test prep option in town to up your SAT game, one made possible with the College Board's partnership with Khan Academy.

Associated with a 115 point gain

We've been avid fans of Khan Academy for a while now. They've helped millions of K-12 students and educators on a wide variety of subjects. Now, thanks to a recent study from Khan Academy and the College Board, we know the extent of their impact on their SAT prep resources.

The study suggests that studying the SAT for 20 hours with Khan Academy is associated with an average gain of 115 points on average.

What does that mean?

A 115 point increase is huge. Here's one way you might interpret it.

When you consider the 1.7 million students who take this year annually, that could mean putting yourself ahead of 300,000 other test takers.

That's a significant advantage for anyone applying to college.

If you're skeptical about these figures...

Khan Academy doesn't say how they produced their numbers. However, regardless of what test prep program you use or what book you flip through, we know that studying and practice does make a difference.

Assume then that Khan Academy is associated with a very modest 30 point increase. A 50th percentile scorer would now score at the 58th percentile, edging ahead of 136,000 others test takers. Still significant!

At the very least, they're informative. At the very best, these videos perfectly replicate the experience you'd get forking up thousands for a private tutor. We think they're somewhere in between the two ends.

The SATs drawn criticism in the past. Two intellectually similar students can take the test and come out with vastly different scores. Why? Because one practiced the exam using test prep resources and the other didn't.

That disparity's closing in due part to the increasing number of free resources available. A plethora of free practice tests and problems are available online. Offline, your library likely includes a few prep books you can borrow.

And until recently, there existed a chasm between those who could afford personalized test prep and those who couldn't. This is the gap that Khan Academy and the College Board are trying to close. If we're to believe their data, then it seems their efforts are paying off.

To date, over 3.4 million students have taken Khan Academy's SAT courses, making it the most popular prep program. In fact, 40% of students from the class of 2017 reported using Khan Academy to help study for the exam.

More than ever, everyone has a better shot at the SAT.

This study makes this clear: if you want to do well on your SAT, practice. And now that Khan Academy's put practice resources in everyone's hands, there's no reason not to.

Getting Started with Web Development

Build Your Own Bootcamp

Build Your Own Bootcamp & Break into Tech

Build Your Own Bootcamp

Improve How You Learn and Study in Four Weeks

Special thanks to our sponsors

Get a $100 credit to deploy your apps to the cloud